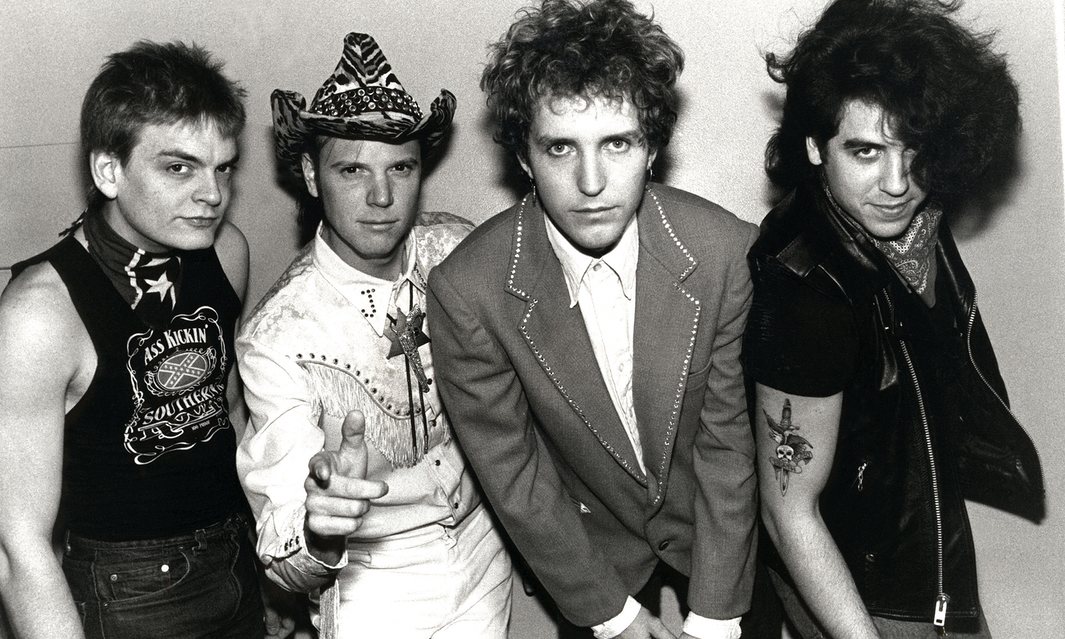 Standing on the edge of greatness … Jason and the Scorchers, 1984. Photograph: Paul Natkin/WireImage

There are only ever a handful of names that get mentioned when the idea of “the greatest rock’n’roll band in the world” is raised. Actually, there have been dozens of greatest rock’n’roll bands in the world, but most of them never get recognised – because they were only ever the greatest band for a week, or a month, a summer. They were the greatest band at some point where everything aligned for them – they had a great record out, their shows were on fire, the crowds were going wild. Everything they touched, they torched. A very few – through their own cunning, the machinations of their label and management, the support of radio – are able to seize that moment, to capture that momentum, and move on to greater things, to platinum records and stadium shows. Most, though, for whatever reason, will have only the brief moment of transcendence, before they slip back into the ranks. The shows will get smaller again, the records less inspired, the fire will burn less fiercely.
In summer 1985, Jason and the Scorchers were the greatest rock’n’roll band in the world. On 4 July that year, I saw them headlining an Independence Day bill at the Electric Ballroom in London, above the Blasters and the Textones. I was in the front row, and even the distance of 31 years has done nothing to dull the memory of how combustible they were. Singer Jason Ringenberg whirled around the stage in a frock coat and cowboy hat, his legs jerking behind him as if he were getting electric shocks from the mic stand; guitarist Warner Hodges wheeled in circles, without ever missing a power chord; bassist Jeff Johnson, in pressed shirt andbolo tie, looked like a Victorian riverboat gambler by way of the New York Dolls. The mini Confederate flag flying from drummer Perry Baggs’s spare rack top slot didn’t raise the #problematic signals it might now.Read More>>> 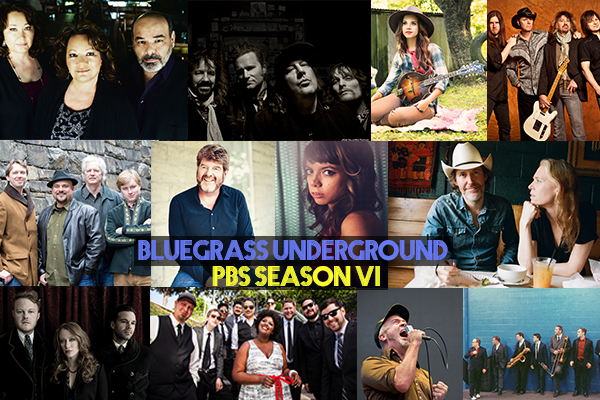 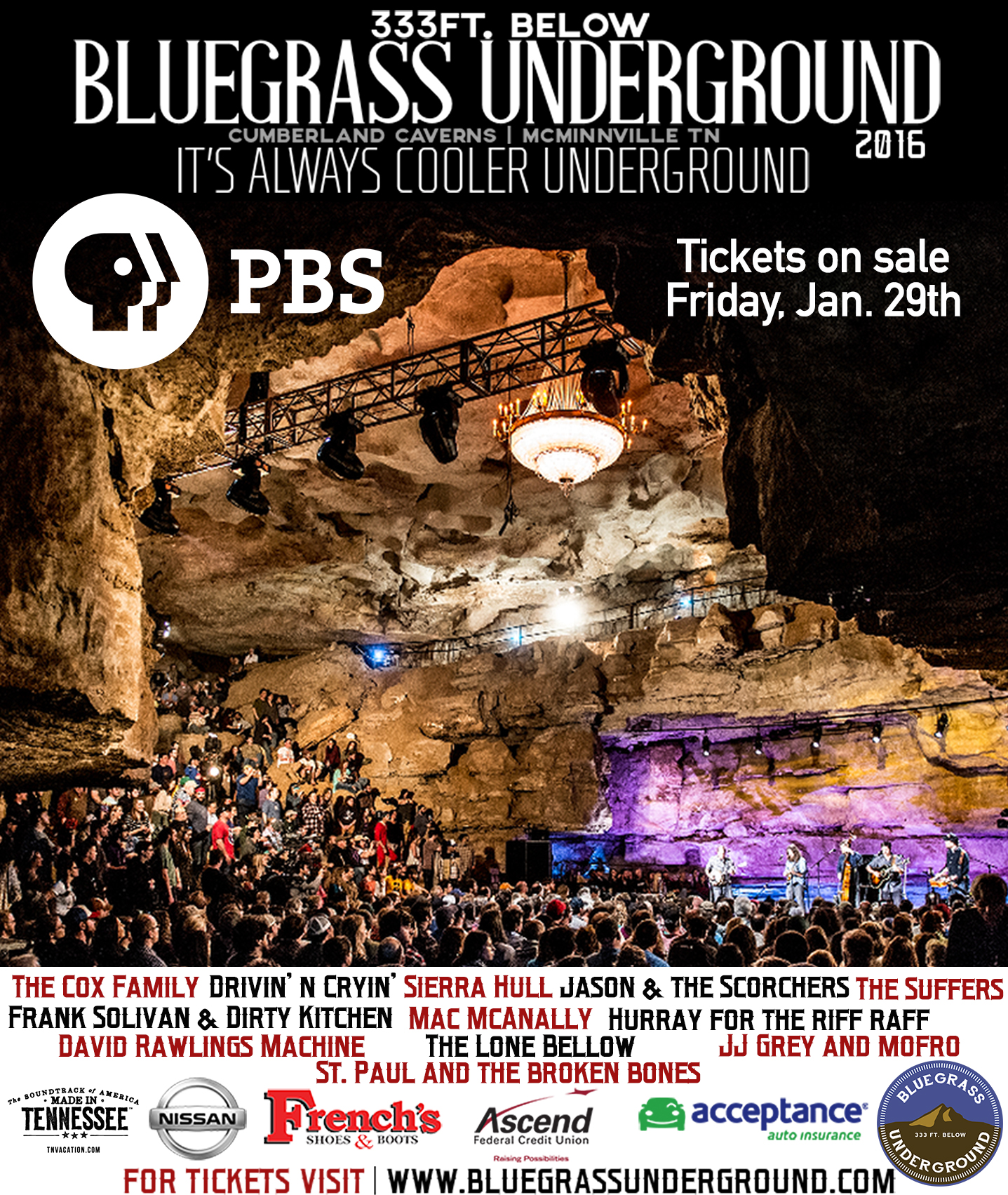 Jason & The Scorchers - This year, Jason Ringenberg and his bandmates will celebrate 35 years of smashing down the walls between country and rock, but they sound like they’re just getting started.

Bluegrass Underground began in August, 2008, when Nashville-based producer Todd Mayo held his first event at Cumberland Caverns’ Volcano Room, presenting the original SteelDrivers, featuring Chris Stapleton on lead vocals. In 2011, after producing dozens of concerts there, Mayo partnered with filmmaker Todd Jarrell, forming Todd Squared to produce Bluegrass Underground as a weekly half-hour show for PBS. WCTE, based in Cookeville, Tenn., became the presenting PBS station. Since then, Bluegrass Underground has won a total of nine Emmy Awards and is nominated  for five more at the 2016 Midsouth Regional Emmy Awards, ceremonies to be held Feb. 27 at the Country Music Hall of Fame in Nashville.

What an amazing time we had at the Kennedy Center with BMDC!

Did Ya Miss It?  Another Chance to join us,

Let us tell you a story…

Bowen McCauley Dance Press Release:  JASON AND THE SCORCHERS TEAM UP WITH BOWEN MCCAULEY DANCE Bowen McCauley Dance (BMD) teams up with country-punk rock music legends Jason and The Scorchers, credited by Rolling Stone Magazine for “rewriting the history of rock-n-roll in the South,” to create Victory Road.  The band joins BMD onstage for an electrifying performance about a boy who leaves his hometown with the dream of becoming a music star in the 1980s.Featuring music from their deep collection, Lucy Bowen McCauley unites with Jason and The Scorchers to transform their songs into movement – a journey of hope, tragedy, and triumph set to the sounds of country, punk rock, hard rock, and country rock. “The combination of earthy, lyric-driven, guitar-based live, country rock and the elegant movements of the Bowen McCauley dancers were irresistible.” – Buzz McClain, Senior Editor at George Mason University.  “Throughout my career I have always hoped that the music of Jason and The Scorchers would be set to dance. Our music is rooted in old Sothern folk, Celtic melodies, and first-wave punk rock, all of which are dance based. When Lucy approached me with the idea, it was an instant no brainer to jump aboard the train. In fact, it is what I have always wanted to see happen” says Ringenberg.  Lucy adds, “I have loved Jason’s music for many years. It is a wonderful honor to choreograph to his stunning songs and to work with such a disarmingly humble genius.”

BMD and Jason and The Scorchers will take Victory Road, quite literally, “on the road” for a tour through Southern Virginia. Join us on our adventure and see us perform at the Pro-Art Association’s Performing Arts Center on April 19 at 3:00 p.m. at JW Adams Combined School in Pound, Va. For updates on the tour, visit www.bmdc.org/upcoming.

Nashville, early 80s, and country music has reached a nadir of mainstream ambivalence that ol’ Hank and Mr Cash would have sneered at from spitting distance. Illinois native Jason Ringenberg would be the man to change the way that country music would be heard to this present day, influencing the alt.country movement in the 1990s and establishing a pounding drive and punk spirit to a genre of music that had long-since misplaced any concept of danger.

Produced by Fervor’s Terry Manning, this whip-cracking, foot-stomping hootenanny opens up with the frantic Last Time Aroundbefore hurtling into one of rock’n’roll’s top five most thrilling moments, the mean-spirited White Lies. Written by drummer Perry Baggs, this song lures the listener into some dank, beer-drenched barn dance where you can feel the crowd and smell the cowshit.

Jason And The Scorchers’ name should be seen as an essential section in the evolution of rock’n’roll. They made it cool to be you. Yee, and indeed haw...