By now most of you have likely heard that our dear friend and bandmate Al Collins passed away from a heart attack earlier this week. We are all in deep shock over this. He had no apparent history of heart trouble.

Al became the Jason and the Scorchers bassist in 2007. He immediately established himself as someone we could always count on to deliver rock-solid grooves. He hammered out a space somewhere between the punk rock attack of Jeff Johnson and the melodic style of Ken Fox. He understood how important the bass lines were to the JATS legacy. He honored Jeff but made that space his own. Along with Pontus, he made it possible for us to continue to do our thing, no small accomplishment given we were replacing two original members. With Al on stage, we fundamentally KNEW the bottom end was covered. He gave JATS a shot in the arm when we needed it. Without him, HALCYON TIMES might never have happened.

Offstage Al was a dream to work with. He was always cheerful and ready to help, whether it was 4.00 am getting in the van or 8.00 pm going on stage. He was 100% reliable. His word was as good as gold. He was solid to the core, a wonderful human being and gifted musician.

Our hearts go out to Stacie in this terrible time. They were such a sweet couple. In lieu of flowers Stacie has requested donations be sent to her Pay Pal account to help cover the funeral expenses etc. harpchic@gmail.com

May God bless the memory of Al Collins and all who loved him.

Jason and the Scorchers

Jason and The Scorchers at The Country Music Hall of Fame

The Country Music Hall of Fame and Museum has just opened a brand new exhibit of Jason and the Scorchers. It is in the timeline section called Cadillacs, Guitars- Country Music’s New Wave.  Jason and the Scorchers share the section with Randy Travis, Steve Earle, Dwight Yoakum, and Roseanne Cash. The exhibit includes the outfit Jason wore in the 1985 White Lies video, a 1982 rare poster from one of their first shows, a pair of Warner’s spurs, the White Lies video playing, and info about the band’s influence on country music fans and musicians. 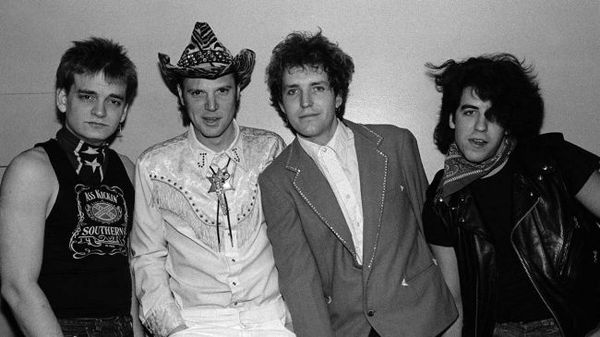 The definitive guide to Jason & The Scorchers, by Jason Ringenberg and Ginger Wildheart

An album-by-album guide to Jason & The Scorchers, whose fiery mix of pop, punk and rock'n'roll gave birth to an intoxicating new sound

Jason And The Scorchers exploded onto the music scene in the early 80s and single-handedly invented a whole new genre of music – you could call it cow-punk or alt. country – that was the purest combination of country and rock'n'oll since Elvis first decided to blur the boundaries back in the Sun Studios...continued